Scott began his career over 40 years ago at a family owned PIP franchise. Over the years, Scott worked his way up the printing ladder. Starting in Bindery, moving to Press Helper, then running several different presses gave Scott a good understanding of print production. He then moved into Customer Service, became a Store Manager and eventually transitioned into Sales. He became an Area Supervisor for 7 locations before becoming the President of Dynamark in 1988.

He understands that the base of all success comes from hard work. He believes that high quality printing starts with high quality customer service. Deliver a quality product “on time” at a competitive price is his motto. Scott believes that long lasting relationships are built with honesty, integrity, fairness and trust, while working hard everyday to provide for his customers.

Scott enjoys working on his farm in Joelton when he’s not supporting his Dynamark crew. He has been happily married for over 30 years to his beautiful bride Pamela. Scott has two wonderful children, Nathan and Sarah. Being a grandfather to his adorable grandson, Breydon Scott say’s is one of the best blessings life has brought him.

Jim began his career with Dynamark Graphics Group in 1986. After spending 4 years running a press, first in several of our satellite locations and then at our first central printing facility where he was elevated to Assistant Production Manager. After a short period he was promoted to Production Manager where he has spent the last 22 years, 2 of which he was a Commercial Account Representative helping Dynamark Graphics Group evolve into a full service digital commercial printing and mailing company. During his time working as a Commercial Account Representative, he was able to gain valuable experience understanding the customer’s needs and transfering that to his production departments. In 2010 He was elevated to General Manager Jim has been married to his high school sweetheart for 29 years and has three children Lyndi, David and Max. He enjoys coaching youth football and basketball, hunting and fishing.

Denise joined Dynamark Graphics Group in 2011. Her career in printing started in 1998 as a Customer Service Rep in Knoxville, TN for a business form manufacturing company. She moved to Nashville in 2008 and began selling full color printing as well as promotional products. In her first year at Dynamark she won a national award of “Rookie of the Year” with PIP Printing for Top sales volume of all new hires in 2012. She continues to grow and finished 2013 as a “Top Performer” with PIP Printing, ranking 16th nationally.

In recent conversation with a current customer, Denise asked them to describe their relationship. Their response was this: “Traditional business values that are currently lacking in our society. An intuitive yet understanding of our individual needs. Professional, yet warm & sincere. Having the desire to build a long term business relationship, not just a 1-time sale.”

Denise is a native of East Tennessee. In her spare time she enjoys spending time with her family, walking, crafts, and getting together with friends.

Rob joined the Dynamark Graphics group when it was doing business as PIP in 1991. His positive and tireless attitude can be realized the minute he walks into a room. Along with his upbeat energy he provides twenty years of printing expertise that cannot be matched. Robs clients have always been able to depend on timely delivery, productive input and of the highest quality product. Out of 150+ Business Professionals Rob has won national sales awards as well as being the southeast region number one account manager for a number of years through the network. Another one of Rob’s highest priorities is his family. He is a husband, father of four and a grandfather of a beautiful granddaughter. His leadership and winning attitude brought attention to him by the Bellevue Sports Athletic Association where he served as the Board President. Rob volunteers his time for the United States Marine Corps Reserve, Toy’s for Tot’s and has served as Middle Tennessee Board President in the past. He also received the 2002 Volunteer Quarterback Award as state runner up for the Tennessee Titans. 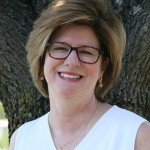 Carol Ann’s career in the printing industry began with pressure sensitive labels that you find on retail products such as food, health and beauty aids. She started out in customer service and worked her way up to Executive Vice President of a multi-million dollar company.

Then she moved to Nashville and started her own label company with a partner from Memphis. While growing that company they won the Future 50 award twice, tripled their plant size and increased sales to over 5 million dollars in 5 years.

After getting married and having her son, she sold out and enjoyed being at home for a few years. Once her son started school she got back into the label business as a sales person here at Dynamark Graphics Group in June of 2015.  Dynamark was interested in her label background and she was interested in the printing varieties we offer. It’s a win-win situation.

Randy Wilson started his printing career in high school! He took a credited course in printing while being employed part-time by a local printer, and that’s where he’s been ever since. For the past 27 years, he has functioned in most every facet of the printing industry: from pressman to management; quoting to administration; and from marketing to outside sales. This experience has given him incredible product knowledge and all his customers view him as an invaluable printing consultant. One customer recently said, “I can always depend on you and your company to get my product completed and mailed.” Randy is thrilled he can help his customers achieve their marketing objectives and goals. Thirteen years ago, Randy came on staff at Dynamark Graphics Group where his experience has helped grow the downtown location. With outstanding customer service and dependability, he has created and maintained a loyal customer base. As he has transitioned more and more into outside sales, this last 8 he earned a distinguished sales awards. He earned this honor by having the top sales in his national network. He is now in outside sales full time. Outside work Randy enjoys spending time with his family and friends, and outdoor activities such as boating and riding ATV’s. 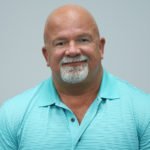 Tim has been in the printing industry since 1988 and with us since May 2017. He brings extensive experience to Dynamark in a variety of areas.  He started in pre-press and has experience in production, customer service, management, and sales. He spent over 20 years in production before moving into sales. Tim has three daughters, and in his free time, he is an avid sports fan and enjoys time with friends on the lake and beaches all over the world.